I have been inside doing my end of year clean up and I had to walk the dog.  Aminia has been so loyal since I have been inside and under the weather.  When we came out of the house, I was greeted by the most perfect bud……

What a way to start the day!!!!  When I came back from walking her, I realized that I needed to take a walk through my garden….just to see what was going on.  Imagine my excitement when I realized….hmm….December, almost New Year’s and a relatively warm day in winter……..what season is it????  It is Hellebore season of course!!!

Left to her own devices, my Hellebore Heaven has given birth to some wonderfully healthy babies!!!!!  My Hellebores are nestled beneath a Cornus Florida from Biltmore Estates (I need to plan another trip down there.  Their wine is absolutely divine….their plants are wonderful as well!).  I mulch this area in the Spring and use Kelp as a fertilizer a few times over the season and it seems to be the right spot to increase my brood of Hellebore’s.

I seriously anticipate this time every winter.  It is a sign of the season to come and is also more important than the seed catalogs.or the Garden Club first meeting in the new year announcement….yep these things add some kind of excitement to a cold winter day if you are a gardener)!! It is a sign of survival…a sign that my method of xeriscaping has been tried and true for 6 years now…how exciting is this…at least to me it is!!
Since I was outside, I decided to check the pots of pansies, I bought too late, but put them in anyway…..

Yep….still looking good to me.  Which made me think…….what else is gong on out here, while I lay inside nestled under covers with my trusty Aminia by my side……well let me share……………..

(Why is this tree peony singing Donna Summers – I will Survive…..as I always say, disco is not dead!!)

Tree peony buds always seem to say – even if you did not water me, I have been known to live for hundreds of years,,,,just check out the tree peonies at the Woodrow Wilson House in Staunton, Virginia.  A intimate garden at the rear of the house has a substantial stand of tree peonies that have been there for quite some time or take a trip to China and see them growing in the mountains. A Xeric gardeners dream plant!  I won’t tell you about the blooms..wait til Spring!!!.

From the Dutch Iris…

to the Sedum “Neon”…..there is a lot of activity in my garden right ow.   uh oh…what s that….I forgot something….drats……I thought I finished ……..oh well…..I have a little more work to do….where is that sot ground when you need it!!!. So, bored with the topsy turvy season we are experiencing already?   Take some of your seeds from last season and get busy making some seed balls. Take a look at this video and watch nature happen.

Think about early season seeds like poppies, calendula and of course winter lettuce. Sprinkle some mini seed balls atop your potted bulbs.  This will add some interactive excitement while the bulb foliage silently creeps upward, reaching towards the sky.  Simply use 4 to 5 parts native clay to 1 part seeds and compost mix (I like to use worm castings), mix together and imagine you are a child again.  It will get messy, but it is just pure fun…so release that inner child, roll those seedballs, then set aside to dry.  While drying, imagine all the places that one could drop some seed balls that would simply and quietly add a smile to an unexpected persons journey.

So if you see some unexpected blooms in unexpected places….just think, someone contributed some seedballs to brighten the day.

No leftover seeds?  Don’t worry, the seed catalogs and garden magazines are on their way!  In the meantime dream, plan and lets get through this winter together! 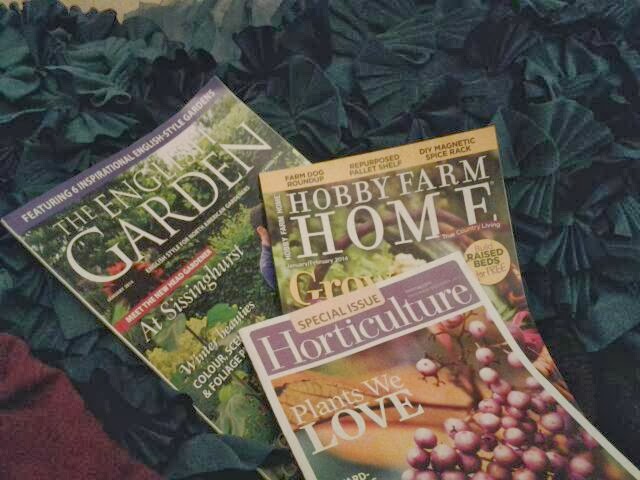 The winter garden is visually perceived as only having shades of brown and green, dormant is the term most often used in the horticultural world.

I urge folks to go outside in the winter , take a walk, walk in the woods, the park or in your own backyard.  Enjoy more than just the briskness of the air and the sound of the leaves beneath your feet.  Instead pay attention to the colors that are still surrounding you – even in the midst of winter.

If you take a look at the shades of rusty red, shimmering golds, deep velvety greens and frosty blue/greys that accent the winter garden, you would begin to realize that winter is merely Act IV of the play called “The Garden”.  A few plants that come to mind to embrace this thought are as follows:

It is truly amazing how winter’s chill enhances the landscape.  A shrub that is not a focal point throughout the rest of the year is rarely noticed when the garden is in full bloom.  I actually embrace the winter garden and it’s nakedness – yet colorful beauty. One can see the structure of certain plant material (usually trees and shrubs) and can visualize how to enhance or expand an existing flower bed.

As I walk through my front garden, on the left side, the knobby limbs of three tree peonies stand tall amidst  a mulched perennial flower bed.  The window box over flowing with orange and purple pansies and the deep green liriope skirt that caresses the front of the short walk way leading to the parking pad, are the only touches of color on this side.

On the right side, two Camellia’s stand like body guards beside the chartreuse branches of the weeping Japanese maple, which actually pop with color against the white walls of my cottage.  A sleeping cherub statue rests at the base of this dwarf tree amidst a sea of ruby leaved Epimedeum’s, deep mocha leaved heuchera’s, bright green ruffled leaves of English Primrose and Hellebore Orientalis (both of which are in bloom) and honey brown fern leaves.  The Japanese maple, whose maze of branches appears to be protecting the invisible inhabitants  – ginger, astible, assorted hosta and bleeding heart  – has the two Camellia’s that flank each side, while attempting to hold onto the fading pink blossoms from the season past.

This is like intermission at the theater….you know the next act will complete the show.  Subtle color in the winter garden peaks ones interest of things to come….

I know you have heard similar phrases before…March usher’s in April showers to bring the awesome flowers in May.  Well let me tell ya…the daffodils are waving their heads amongst the vinca, gracing the feet of the large oak tree that stands guard over my cottage in the court.  The chilly rains have caused the pansies to settle in and prepare to be the stars of the garden as the other plants awaken from their winter’s rest.  I see the Camellia’s and Magnolia Stellata unfurling their blooms beckoning the Yoshino Cherry tree to join in the awakening of the season.

What a colorful show that performs and changes with each breaking day.  I wonder what tomorrow will bring??